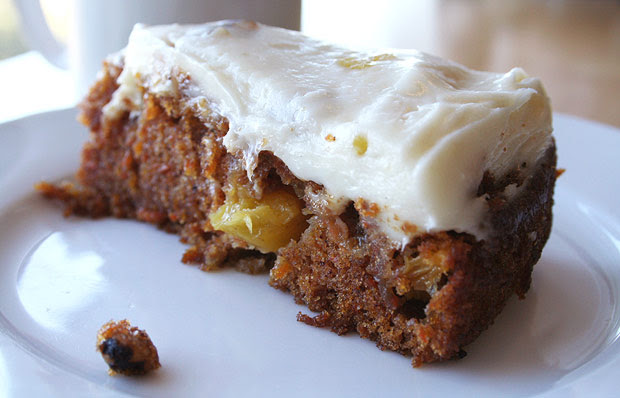 If the Getty Center in Los Angeles is my passion then the Getty Villa in Malibu is my secret love. I don't get there as much as I'd like but when I do it's special.
If anyone remembers the early days at the Villa you must have fond memories of the tea room. There were delicious scones and this wonderful carrot cake. I'm adding a link to the Getty Iris for this recipe. Read the interesting story of how this cake came about.
The cake could not be easier to make and since I've acquired the recipe I've made it about four times. The latest was when we were entertaining relatives from the East Coast just this past week and it was a big hit with them.
Enjoy and if in LA visit the Getty Center or Getty Villa
Mrs. Garrett's Carrot Cake Recipe
Posted by Deborah Eley De Bono at 8:54 AM 2 comments: 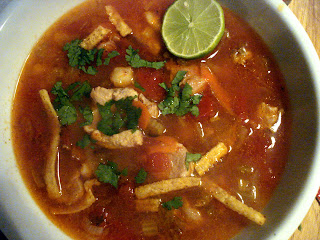 This is the best Posole I have ever made, which is a hearty pork stew.  Yes you can make it with chicken I suppose, I never have.
Following is my method.....adapt it to your liking and taste.
About 2 cups of chopped pork brown in a tablespoon of oil.  Brown well so you have those bits, frond I believe it's called, on the bottom of your pan. Remember to salt and pepper to taste.
Once browned add 2 boxes of Swansons chicken broth, low sodium and my secret ingredient sort of is to add about a half a box of beef broth.  I happened to have my last but favorite Trader Joe's beef broth which I used.  Let that simmer for about two and a half to three hours.  Before poppping the lid on add a a couple a teaspoons of cumin.
Put the lid on and go chop some onions and celery, shred some carrots and get two cans of hominy rinsed.  Make sure you have on hand some chipotle peppers in adobo sauce, I used only one pepper out of the small can** along with about a teaspoon of the sauce.  Also one can of Muir Glen Fire Roasted tomatoes plus a couple a tablespoons of tomato paste.
I had some corn tortillas I had cut up in slivers and toasted, chopped some fresh cilantro and a squeeze or three of lime juice.  Normally I would add a few slices of avocado but none on hand.
This is such a warming, feel good soup/stew.............I was giddy while enjoying the flavors.
**the small can of chipotle pepper in adobo sauce is way too much to put in the posole.  With the remaining peppers I took one pepper and a bit of sauce wrapped them in foil and froze.  Since I'll be making sister's red pepper hummus I'll be using at least one packet of the chipotle peppers.

Welcome, pull up a fork
Learn about the PBE women and our honor; Blog of Note.